What made Hotstar so successful – Case Study 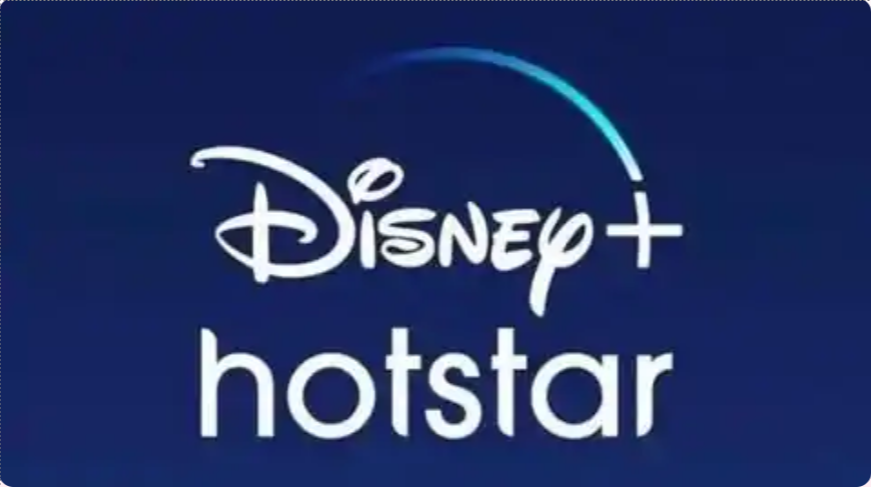 Hotstar is an online entertainment streaming platform owned by Novi Digital Entertainment Private Limited which is a subsidiary of Star India. It was launched in the year 2015.

Today, Hotstar is one of the largest online video streaming platforms with more than 100,000 hours of content available in 17 different languages. Plus, they also cover major international and national live sports events. Speaking about their app, it is rightly one of the most downloaded apps with more than 350 million users.

In 2018 itself, they had 8.26 million live viewers in place for the final cricket match of the Indian Premier League(IPL) which had broken all other previous records of online streaming across the world. So, what made this brand soar to exceptional heights when it comes to online video streaming in India?!

More than 78% of the 530 million internet users in India use mobile for their daily entertainment needs. Also, it is the most reliable device for live streaming of sports and viewing live scores. Hotstar capitalized on all of these factors and produced and developed its app in such a way that it could run on over 7000 operating systems with various screen sizes.

No doubt, there were some phenomenal its key strategies and signed some great deals with companies like Disney India and won streaming rights for IPL which were a pivotal point through which it passed a milestone. But apart from that, there were significant changes done in SEO as well, which made it rank and provide a rich viewing experience for its subscribers.

Let’s look at a detailed case study of this brand from an SEO point of view.

It aimed to rank for non-brand queries with a limited amount of content. Queries that had “streaming”, “score”, “cricket” keywords in them were targeted because of the fantastic sports live streaming features they had obtained. Branded search terms such as “hotstar ipl match live” had a search volume of 18.1K whereas for non-branded ones like “today’s ipl match” the volume was 3.4M and thus, they decided to capitalize on this.

Achieve ranking in the Top 3 positions for the keyword “today’s IPL match”. Live streaming of IPL matches was their biggest achievement and their goal was to become the star of the search engine for this keyword.

Setting sights on improving the user experience with better crawling and indexing. There were major loading issues due to which the app/website had a thumbs down from its users in terms of user experience to an extent that it was usually being trolled upon.

Their key focus was on search terms like “Live IPL match”, “IPL live match performance”. Not only live streaming of cricket matches, but also they provide content related to the match teams, players, gossip, and all other content that surrounds this field. And naturally, they intended to rank for all these search queries.

How did they solve this?

They had to primarily fix it from the ground level i.e. the crawling & indexing issues. They choose some great SEO services (just like ours) and began with a detailed bot log analysis. They detected, planned out the solution, corrected it, and finally, the target of seamless crawling was achieved. More specifically, they implemented prerender.io which involves storing all rendered HTML pages into a database to provide an API so that a rendered HTML can be accessed for every URL of your website.

A CTR based forecast audit helps them craft a profitable strategy by understanding the promising potential in SEO. For this, essentially three metrics were looked at: traffic, conversions, and revenue, with more stress on traffic. They used traffic-based growth modeling taking the seasonal changes, market impact, and various other factors into consideration. We highly recommend availing SEO forecasting services before executing your strategies in a cost-effective manner.

They pre-created specific pages and build content around the search queries which they aimed at like “match teams”, “IPL players”, etc. Similar to the interest of viewing the actual tournament, people are also interested in knowing about the teams and its players like the auction event, match schedule, highlights, etc. Producing separate content for all these hot topics boosted traffic to their website which got them to rank for the same.

Titles were changed with dynamic meta tags and dynamic page titles for videos for better indexation of individual pages. Dynamic meta tags are used when there is a dynamic page element such as title, page body. So in this case, as there are multiple lively content for each page, this was the apt direction they chose.

Best-in-class schema tags(a form of microdata that provides rich snippets) were added like ratings, publication date, etc. Websites with schema markup have the potential to rank on average of 4 positions higher than their competitors. They leveraged on this powerful tactic for their product and stood out. Let’s take a look at a screenshot below.

Result 2 has a display of the published date. Now, when users check for real-time live scores, they know which one to click on and get their information. This one was a brilliant technique they applied for sure-shot results.

Improved & revamped their technology by reaching out to some great services and implemented spot-on time automation that helped them outrank some of the most potentially competitive keywords. At the time of their launch, they had tied up with Accenture Video Solution(AVS) and started out as a free app that depended on ad bidders for running the app. Now, it uses Akamai Intelligent Platform for high performing user experience.

What did they achieve?

They solely focused on gaining traffic from non-branded queries which are mentioned above. And hence, they went on to achieve a 40% improvement in non-branded clicks. Especially, in terms of non-brand performance for the desktop device, the clicks had an improvement of 1791%.

An increase of 124% for queries which had the term “cricket” in it and more than 500% improvement in queries that had the term “score” in them! This was a game-changer for them.

Rankings had improved to a large extent. They witnessed 46% improvement in rankings and more than 35% of ranking improvement for the most generic 1-2 phase keywords like IPL, Live Score, etc.

CTRs were improved to a remarkable extent such that it was scaled from 4% to 12% on a Y-O-Y basis and specifically >10% improvement was seen for non-brand queries.

They obtained Position 1 for  “today’s IPL match” below top stories.

They obtained position 3 & 4 for the keyword “IPL Live”

The Y-O-Y performance for clicks and impressions increased by 1021% and 1576% respectively.

They obtained a thriving 6111% increase in impression and a whopping 555% increase in clicks for search queries that had the term “score” in it.

Here are some more images stating the Y-O-Y performance.

Hereby, we gave you the pointers on how Hotstar scaled its performance year-on-year by scavenging on the booming potential of SEO and technical SEO.

Hope, you found this piece helpful! Let us know your thoughts in the comments.

How does local SEO help your website rank better on Google?

Why Your Website not visible on Google? Find out

SEO Audit and its Real Value