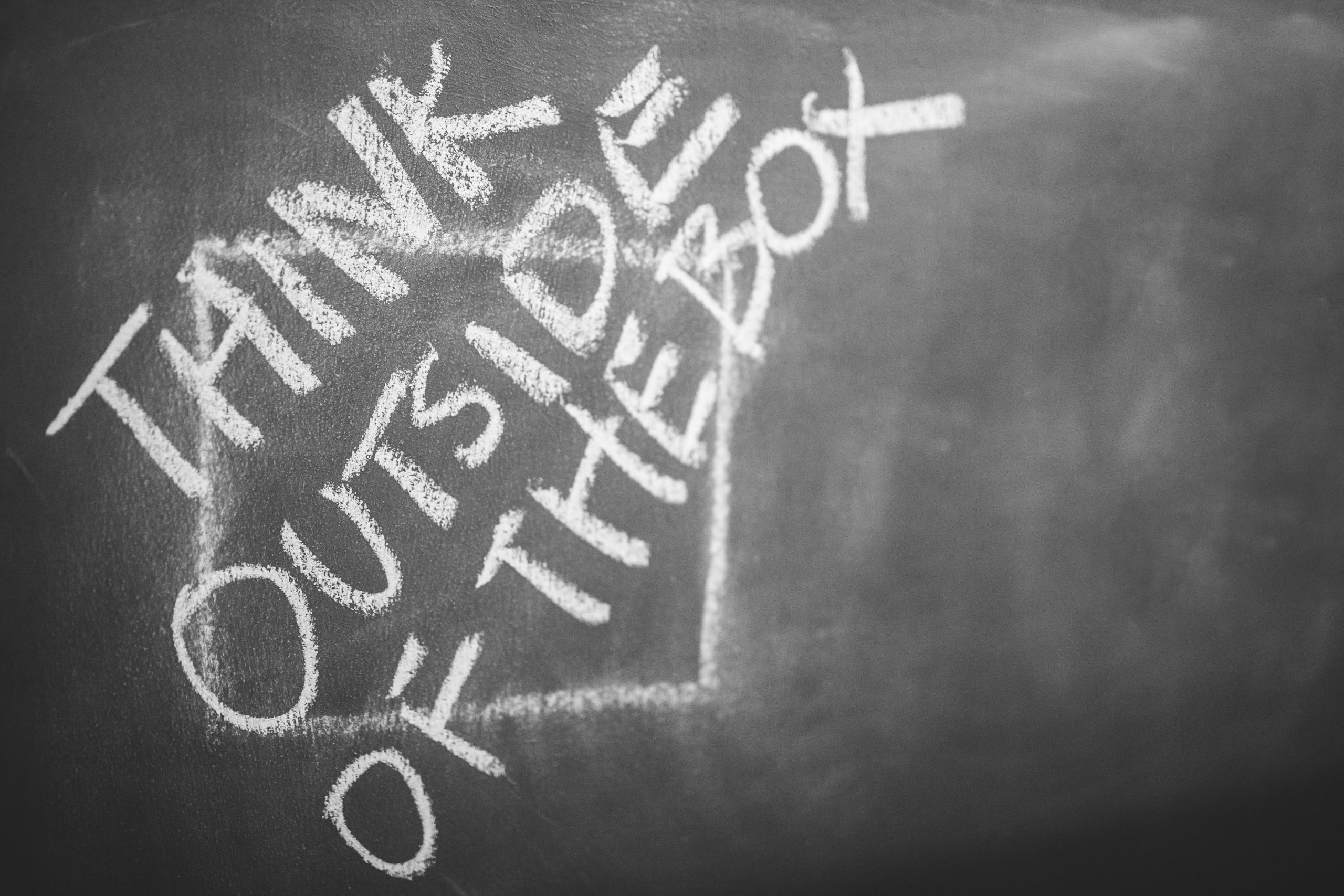 Indian Marketing has been diverse, iconic and defined innovation by connecting with the masses via their emotions. Whether it’s the yesteryear television ad jingles to which we all have hummed its tunes or the flourishing of foreign media agencies to make its stand in this country, there have been leaders with their incredible innate talent and their unparalleled expertise which revolutionized the entire scenario of the marketing in India.

Let’s not deny this, we all have loved and followed some great Indian advertisements and made it the talk of the town. Did those brands really sell products? I don’t think so. What they really did is celebrate emotions and thoughts of people which drives them to follow those brands!

So who were these gifted masterminds which made it happen? Let’s look at the top 5 accomplished personalities which changed the game plan in Indian Marketing.

We extol this clever, creative genius who transformed the scenario of branding in India with phenomenal taglines like “Thanda Matlab Coca Cola”. We always talk about the importance of making your brands connect emotionally with people. Well, he is one of the masterminds responsible for this concept.

His journey towards being a creative crackerjack began at the age of 17 by publishing his first book “Main Aur Woh”. His passion for music, culture, and Indian art was derived from his parents who were trained classical singers. He completed his graduate and post-graduate studies in Physics and then went on to pursue an MBA from IMT, Ghaziabad. It was then that he realized his creative spirit and began his advertising career at Ogilvy & Mather where he worked for over 10 years to become the executive creative director. He then joined McCann-Erickson in 2002 as the executive VP and the national creative director and led McCann Worldgroup India as the executive chairman by 2006.

Apart from his advertising career, he also has a huge role to play in Bollywood as a lyricist, screenplay and dialogue writer to some hit movies like Taare Zameen Par, Chittagong, Fanaa, and Bhaag Milkha Bhaag. Also, has he won National Film Award for Best Lyrics in Taare Zameen Par.

Apart from that, he has been awarded Padma Shri in 2015 for his fantastic contributions to art, literature & advertising. Also, was he chosen as ‘Young Global Leader 2006’ by a World Economic Forum affiliate. In 2017, he was appointed as the CBFC chief(Central Board of Film Certification)

We quoted him in his conversation with YourStory, “People around you can help in sharpening your skills but you have to listen to your own calling. It should be your personal quest without any shortcuts. He is someone who considers himself a storyteller by heart, a communicator connecting people with emotions and ideas, and always gives importance to people’s journeys more than their designations and tags.

He is known as the advertising legend, the man behind the iconic FeviKwik(fisherman) advertisement, the iconic 1988 song “mile sur mera tumhara” and many other diverse remarkable commercials that got him recognition worldwide in the form of awards and accolades. He also had a glorious cricket career in the start which extended till the Ranji Trophy and acclaims cricket to have a major role to play in his life.

Born in Jaipur, Rajasthan, he completed his postgraduate studies from St. Stephen College, Delhi. Cricket seemed to be his calling at the beginning of his career and went on to play for many games like DU’s Rohinton Baria Trophy and Ranji Trophy which is India’s premier domestic cricket tourney. He also worked as a tea taster for Goodricke Group before he actually began his stellar advertising career in Ogilvy and Mather in 1982. He joined in as a trainee Account Executive and hustled to redefine advertising with some groundbreaking commercials. In the span of 12 years, he became the National Creative Director and was named the Executive Chairman the consecutive year.

Some of his masterpieces were delivered for brands – Fevicol(remember the “Dum laga ke haisha” commercial?), Cadbury, Asian Paints, Incredible India campaign for India Tourism, the Pulse Polio campaigns featuring Amitabh Bacchan, also the concept behind Vodafone Zoozoos was created by him. What’s more, he also wrote the radical trendsetting slogan of the BJP 2014 elections ie. “Ab ki baar Modi Sarkaar”. According to sources, the jingle “kuch khaas hai” of Cadbury was penned down by him on the back of the boarding pass!

He has many awards to his credit for his astounding achievements. The Ad Club of Mumbai has awarded him twice – one for his commercial of FeviKwik and the other for his work in Cadbury with ‘commercial of the century’ and ‘campaign of the century’ respectively. In 2002, Media Asia Awards voted him as Asia’s Most Creative Person of the Year and Economic Times announced him as ‘the most influential man in Indian advertising’ in 2008. He is the only Indian to have won a Double Gold at Cannes and a Triple Grand Prize at London International Awards. And the list goes on!

He is the man who established, flourished and metamorphosed Dentsu Aegis Network(DAN) in India to claim the #2 position in the span of 10 years. Although he scaled the businesses of two media and advertising agencies – Lintas Media Group and DAN, he claims to have landed upon advertising by accident. All this happened due to his one reckless decision of not joining Godrej because he couldn’t travel by the crowded Mumbai local every day. He calls himself as ‘reasonably and brashly ambitious’

Born in Mumbai, he completed his graduation from St. Xavier’s College and his MBA in Marketing from Sydenham College of Commerce & Economics, Churchgate. He rejected his job offer in Citibank after his summer internship because he didn’t portray himself working a banking job and took an offer from Godrej. But as we said earlier, as he was naive enough at that point in time, he turned down that offer and accepted Lintas offer just because of its proximity in location.

He spent 10 years working with notable clients and expanding its business in India, and that’s when Aegis asked him to join in to head the eight markets of South East & South Asia. The agency back then had a minimal presence through Carat Media with 50 odd employees. He went on to change the landscape of the agency and turned it into a profitable one holding 3,500+ staff beating its rivals. He claims the journey to be challenging enough and the industry thanks him enough for the decision he made too!

Today, there are multiple creative agencies of DAN rather than media agencies which Bhasin claims to have successfully taken it to profitability every year. He has changed his job just once in 30 years, quite contrary to the scenario we witness now; of people switching jobs with incautiousness to which he opines that “there will be 100 reasons why things can go wrong, but one has to be determined to make it succeed unless it is a complete disaster which is not the case in most cases”

He is the sole man responsible for taking Madison Communications to meteoric heights and gaining a successful name in the advertising and media industry. He is currently the Vice President of the Advertising Agencies Association of India and a prominent representative of Indian Marketing and Advertising.

Born in Gujarat, he completed his graduate studies from St. Joseph College in Bangalore and his MBA from Jamnalal Bajaj Institute of Management Studies in 1970 and began his career as a marketing executive at Sarabhais and Cadbury. Later on he worked for J Walter Thompson(then known as Hindustan Thompson Associates). In 1988, he started his own advertising agency Madison World. He is the founder, Chairman and Managing Director of the same. His younger daughter Lara Balsara works as the Director of Business Development and is ranked among the most influential women in India, thus carrying down his father’s legacy.

Madison initially began with only three clients on board and today stands as one of the rare few ad agencies which has consistently outperformed its competitors with a billing close to ₹ 3000 crores. It has diversified into 11 specialized areas in advertising, media, business analytics, Out-of-home PR, retail, entertainment, mobile and sports. It stands as India’s biggest independent advertising agency with over 25 years of its presence. All of this under the leadership of Sam Balsara and his daughter Lara Balsara who looks up to him as an example of leadership.

He has been rated as the most influential person in Media by the Brand Equity Ad agency reckoner and is also a recipient of the AAAI Lifetime Achievement Award 2009. He was the president of the Advertising Club Bombay from 1989-92 and also served as the President and Chairman of the Advertising Agencies Association of India Awards(AAAI) for a fair period of time.

In an interview with Livemint, he was quoted as saying, “It is certainly challenging and certainly trying, and I wouldn’t say that it’s an easy or comfortable ride. But we didn’t create Madison so that I could sell it or take it easy…I’m not one of those people who say I will hang my boots when I turn 40 or 50. That’s not part of my persona.” Well, his achievements truly speak for his words!

He leads the Indian division of the Interpublic Group of Companies(IPG MediaBrands) as the CEO by heading the three media agencies under its name ie. Lodestar, Initiative, and BPN. In fact, he was the one to set up Lodestar – India’s first specialized media planning and buying outfit. He also served as the Chairman of Broadcast Audience India Council(BARC) for a fair period in the early 90’s. In an interview with Exchange4media, he said that the turning point in his journey was his first pitch which was a crucial and significant pitch to Sony. He acquired the electronic as well as mobile business, which took off to momentous heights in the mobile space which gave his team at Initiative a healthy boost!

His alma mater was IIT Kanpur and IIM Bangalore where he later on went to achieve the Distinguished Alumni Award in 1982. He spent his initial days in his career at Parle as a Product Manager before joining Lodestar wherein he worked to develop and expand its base for six years and greatly contributed to its growth. IPG MediaBrands was launched in India in 2013 and he was appointed as the CEO to lead all three media agencies under its name. Today, it holds more than 17% of the Indian Media Market which roughly estimates to ₹ 3500 crores.

He claims his strengths of being great at multitasking and that he can keep up 5 balls in the air at the same time. Also, he states his key to excellence has been getting the right people to the team in succession planning. Apart from that, his firm has always dealt with challenges in the quality of talent and have maintained a good recruitment pattern under the leadership of his senior team. He was also rewarded with the esteemed ‘Media Person of the Year’ in 2013 by the Indian Advertising Association.

Great people achieve Great things but it’s only when you visualize the greatness in you that you can make Great Things Happen!

And with that we sign out by leaving you with the impressions created by these great inspirations in your head.

So go ahead, Make Things Possible!

How does local SEO help your website rank better on Google?

Why Your Website not visible on Google? Find out

SEO Audit and its Real Value